Tiamat is the current 'big bad' in my home campaign. She's an evil five-headed dragon goddess. All I really know about her is stuff from other people's settings, and this bit I wrote when I was trying to think up a cosmology for Generica:


"Her gleaming enormity lies asleep and dormant within the orbiting moon. It is said that she, the splendid five-fold calamity, is the cause of all monsters in Generica. All foul beasts are but the dreams of slumbering Tiamat, manifested in the material plane.

These monsters are the price sapient beings of Generica must pay for a world safe from an awakened Tiamat, who would surely raze the entire planet until it is all but cinders and ash.

The other gods (Crom, Agro, Yondhalla, Lolth, Moradin, and Bahamut) sealed her away within the moon, fearing the destruction she sought to bring to their assorted creations. Also they needed something really big in the sky to make the tides work, probably"

So I had a dormant threat. Something to bring up much later in the campaign as a world-ending calamity my players could work against.

I wanted to foreshadow it a little in a 2nd level adventure I wrote about moon cultists, trying to perform a ritual that would summon the moon. My players started on it, fighting the cultists in an abandoned temple while the ritual was taking place below.

Then the party's ranger died, and they spent the rest of the session scrambling about trying to find a way to resurrect him.

The cultists triumphed, the ritual went off without a hitch, and now the moon is slowly hurtling closer to the planet, where it will eventually crash. 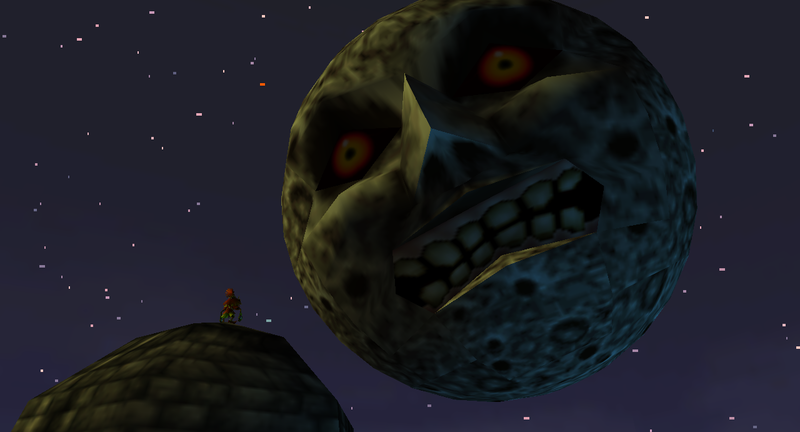 So now the falling moon has been a spectre of doom over the campaign; a constant worry in the back of my player's minds. Since then they've learned that Tiamat's inside the moon, and that she'll be released if it crashes.

Skip ahead a while. My players are now all 5th level. They've just killed off the Ice Queen (another long running campaign villain) and are exploring her underground lair. Inside they find a genie, who offers them a single wish in return for retrieving his lamp.

They take it, and then spend almost two hours trying to perfectly word their desired wish. This is what they came up with:

"Oh...is that all?" the genie replied sarcastically.

I had nothing planned for this. I mean, maybe a couple of vague ideas for adventure hooks and magic items, but not a top five list. So the genie gave them instructions to find the Library of Zorlac, where all of these answers would immediately present themselves to them.

That gave me a couple of weeks to come up with several somethings. I asked the Google+ OSR community if they had any suggestions, and they didn't disappoint (though unfortunately "throw a giant blanket over Tiamat so she falls back asleep" didn't make the cut).

So here's the Top 5 Ways to Stop Tiamat: 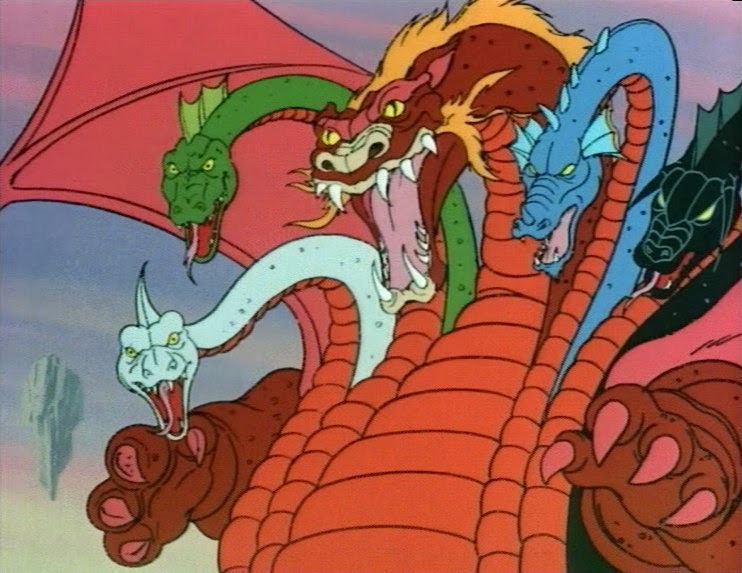 #5 "Just fight her until she falls down"

Taken from a tome of divine biology from the Zoology/Biology section of the library, this book lists all of Tiamat's numerous strengths and her very few weaknesses. Basically it gives the players access to Tiamat's stat block ahead of time. It also suggests specific tactics in bringing down the five-headed beast, which are as follows:

#4 "Go back in time and screw things up"

Taken from the scrawled notes of Zorlac's Mathematics librarian, this method suggests taking one or several people back in time to a point where Tiamat can be routed before she ever becomes a threat. These notes specifically use Tiamat as an example, listing times such as when she ascended to godhood, when she was split from the breast of Ao the world dragon, when she broke up with Bahamut, her litany of other bad relationships and breakups, and when she was sealed inside the moon.

My players have also considered going back to stop the original moon cultists who set this in motion, but that might require them facing their past selves, which could cause a paradox. Instructions are as follows:

#3 "Move the moon with a giant robot"

Taken from the Alien Cultures section of the library, this book of strange pictographs depicts an enormous metal warrior moving what looks like the moon into the heavens. On the next page it shows the same metal warrior strangling a five headed dragon. The metal warrior depicted is a Bio-Titan, a giant robotic construct native to every single world (If you have a campaign setting, somewhere it has a giant robot buried underground). 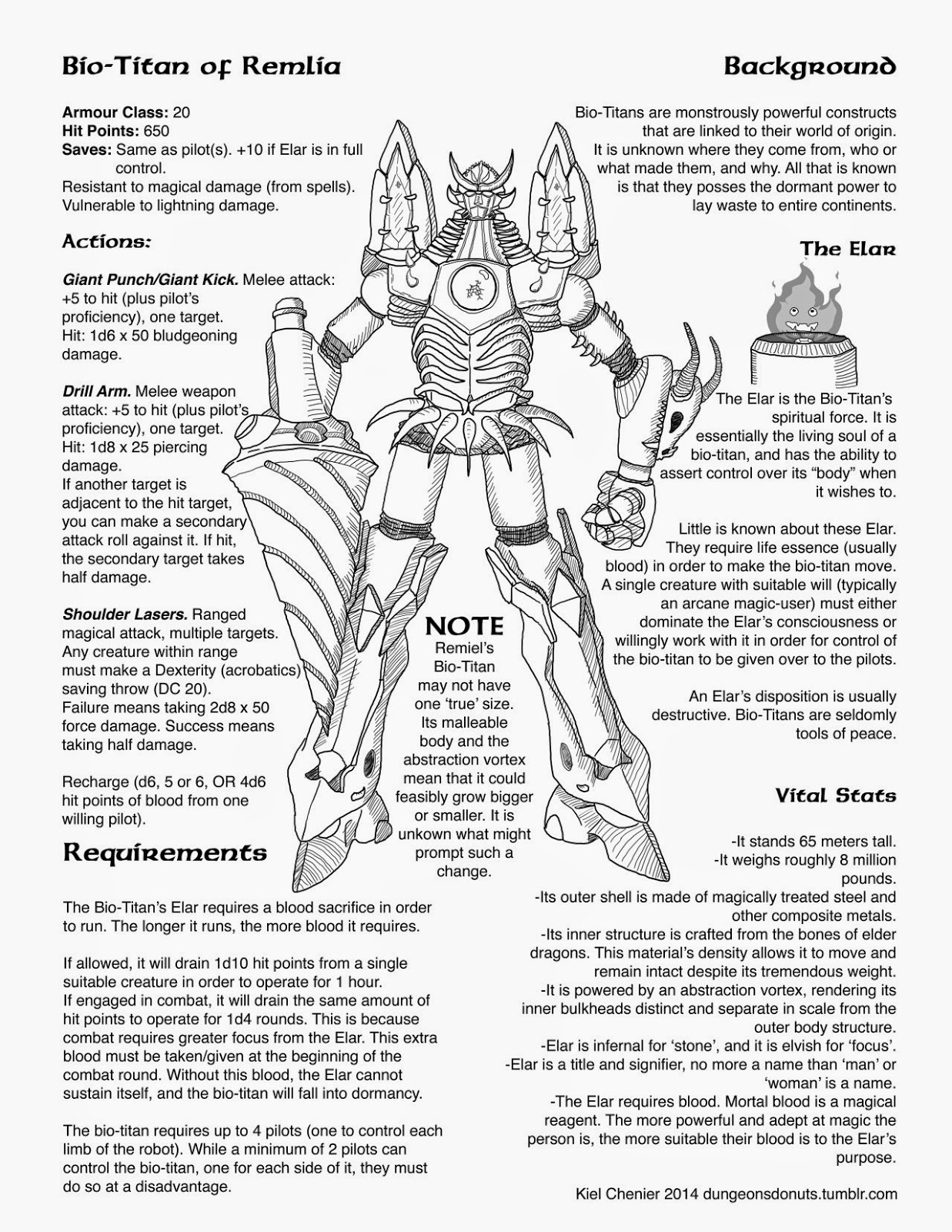 My players have already uncovered Generica's Bio-Titan, which they used to kill the Ice Queen. Unfortunately it is running out of power, and requires four magic stones to recharge itself back to full power. The locations of these stones are as follows:

#2 "Change the orbit of the moon from its surface"

Taken from a book of celestial magical wards (and their histories) from the Magic section of the library, this solution involves travelling to the surface of Generica's moon, where several magical wards have been placed to keep Slumbering Tiamat's prison in orbit. One of those wards was destroyed by the Cult of the Dragon.

The book includes detailed maps and layout of the moon's surface, along with instructions on the most expedient way to reach it if magical portals cannot. The instructions are as follows: 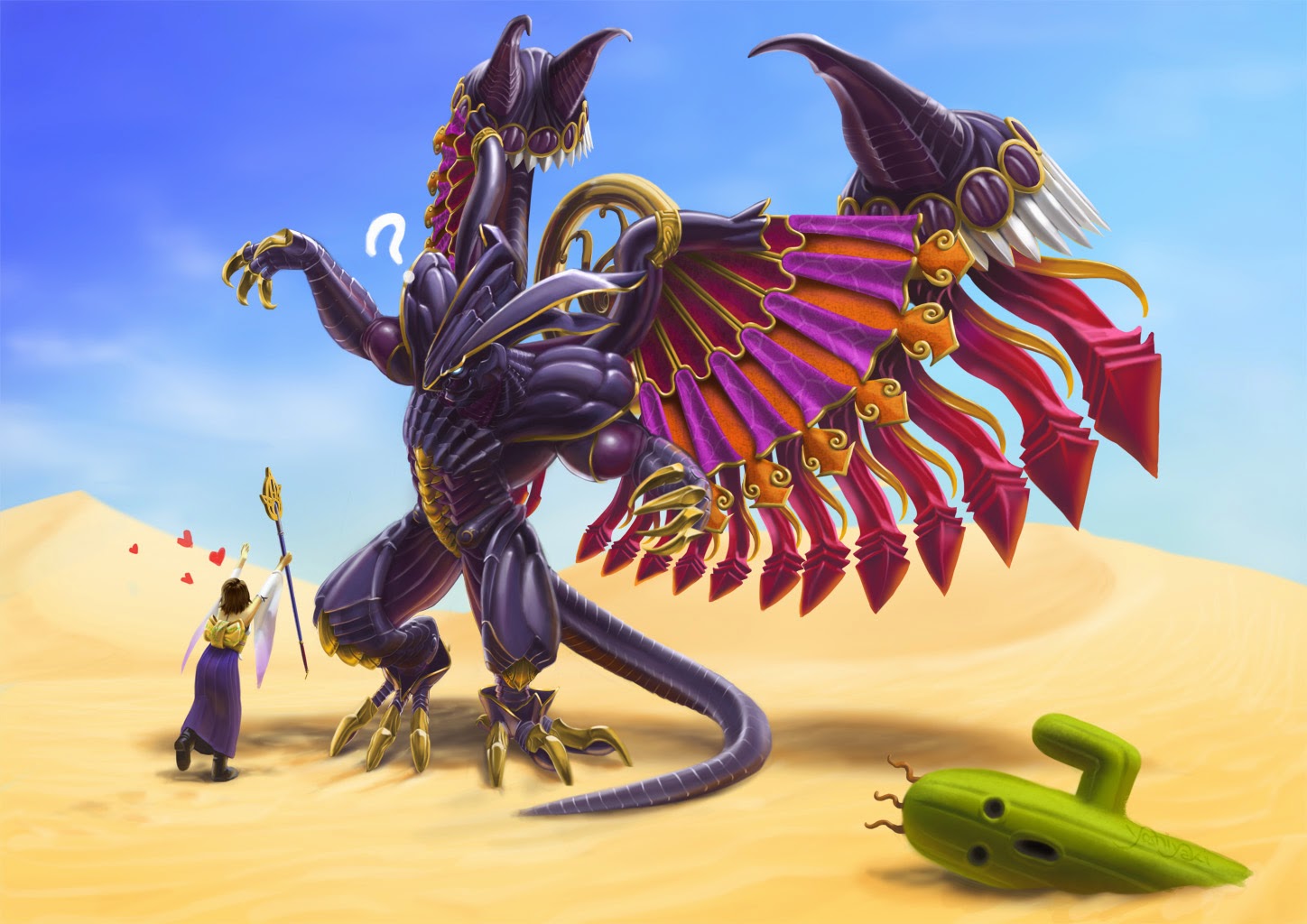 Bahamut, spawn of split-Ao, twin/hated enemy/ex-lover of Tiamat, platinum god of all metal dragons, must be summoned to do battle. Unfortunately he's under an enchanted sleep, and only his seven gold dragon disciples can wake him. First, they must be found:

Big thanks to Brian Murphy, Chris P., Ed Hackett, Jez Gordon, Jensen Torperzer, Kasper Blomdell, Chris F, Courtney Campbell, and Natalie Bennett for their suggestions, most of which got used.

Kiel Chenier
I'm an independent film maker and geek from Toronto. I also play Dungeons & Dragons, and occasionally write about it on this blog.

I hope senpai will notice me...